Philip Embury and the Embury/Wilson Patent

In the late 1600’s Louis XIV tried to stamp out Protestantism in the Palatinate (on the Rhine), sending thousands of people fleeing to England, Ireland, and America. Philip Embury was born on Sept. 1, 1728 in Ballingrane, County Limerick, Ireland. He was apprenticed to a carpenter and became skillful in the craft. On Christmas Day in 1752 he became a Christian and about that time first heard John Wesley. In 1758 he began preaching and also married Mary Switzer. In 1760 they left Ireland for New York City, where he worked as a carpenter.

On February 1, 1763 John Embury (Philip’s brother) and 14 others, all of Ireland, petitioned for a patent of 25,000 acres west of Queensbury for the purpose of forming a settlement to promote the raising and manufacture of linen (flax) and hemp. On September 14, 1763 John Embury, Philip Embury, James Willson, Thomas Proctor, George Willson, Saml. Willson, John Willson and Solomon Vickers withdrew that petition on the grounds the land was mountainous and unsuitable for their purpose and petitioned for a new patent of 8000 acres between Ryer Schermerhorne’s Patent and the Colony Line. About a year later, on September 4, 1764, the petition was amended to include Moses Cowan and Peter Embury, while dropping John Embury and Solomon Vickers. Perhaps John and Solomon had passed away. Each of the eight was to get 1000 acres. On September 9, 1765 the land had been surveyed and was granted.1

Most of his fellow immigrants soon fell away and he became discouraged and stopped preaching until 1766, when his cousin Barbara Heck, outraged at a card game she found being held in her home, implored him to resume and brought four persons to hear him at his home. In 1767 they were visited by an army officer, Captain Thomas Webb, who had been authorized by Wesley to preach and soon joined them, preaching in uniform with his sword lying on the desk before him. This attracted so many people they had to rent a rigging loft, where Embury and Webb preached to crowds three times a week. Barbara Heck had been praying for a meeting house, and drew up plans which were approved by the Society. They leased a site on John Street in 1768 and bought it in 1770. A stone faced chapel was built on the site, with Webb contributing generously to the financing and Embury doing much of the carpentry work, including constructing the pulpit. Within three years at least 1000 hearers were crowding the Wesley Chapel, though it remained unfinished inside for a long time.

Philip Embury was seldom paid but continued to minister faithfully until Wesley’s first missionaries arrived in New York City in 1769. Not long afterward he retired to the Camden Valley of Shushan, NY, north of his own land patent, on which he never lived, along with the Hecks, Switzers, and a few other Methodists from NYC, also with his Moravian friends Abraham and Martha Bininger. There he continued to preach and with the aid of Thomas Ashton, founded a society at Ashgrove, east of Cambridge. In 1773, while mowing a field, he was either injured or suffered heat stroke, and died.

He was first buried in an unmarked grave in Camden on Peter Switzer’s farm, but in 1832 was disinterred and moved to Ashgrove where his church was. In 1866 his remains were moved again to Woodlands Cemetery in Cambridge, where you can find his grave today.

1 Calendar of New York Colonial Manuscripts Indorsed Land Papers in the office of the Secretary of State of New York. Albany, Weed Parsons and Co. 1864 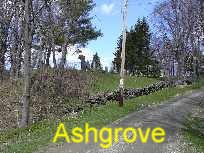 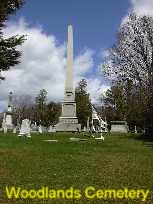